Davida Coady, a coal miner’s daughter who achieved global impact as a physician activist, died Thursday evening in a hospice facility close to home. The cause of death was ovarian cancer.

A week after celebrating her 80th birthday on April 15, Davida and her husband, Tom Gorham, decided that she would not seek further treatment.

Davida passed away peacefully at the Bruns House hospice in Alamo, where Tom stood vigil in recent days along with friends of the couple. 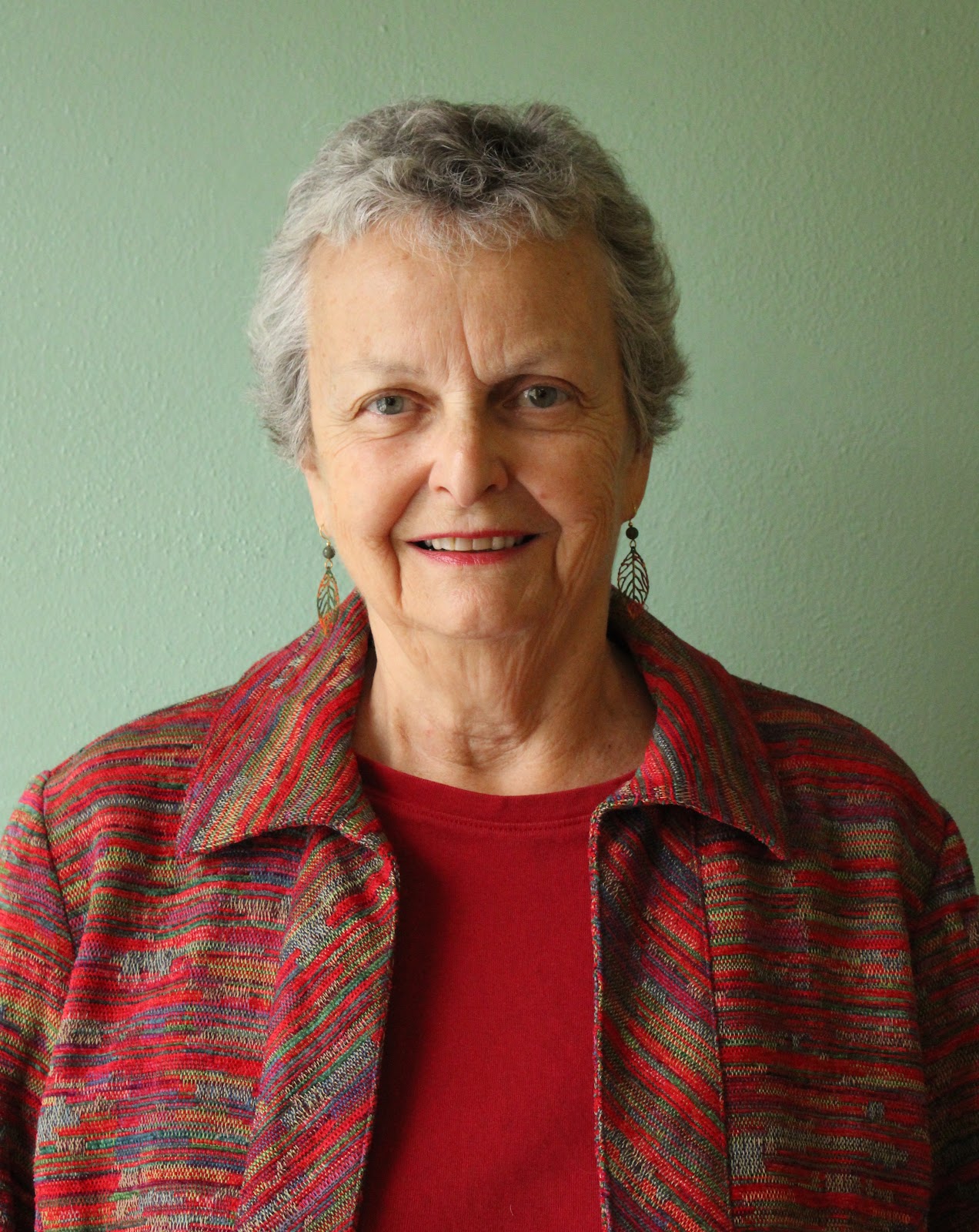 2017 Photo of Davida by Toni Clark

Davida was founder of Options Recovery Services, a ground-breaking addiction treatment center that has helped more than 10,000 people get sober. Tom became one of Options’ first clients after more than a decade of addiction and homelessness. He serves now as its executive director.

Linking hands-on medical care with public health, Davida was among the first responders to humanitarian crises in Biafra, Bangladesh, Cambodia, India and Central America. A summary of her recently published memoir noted: “Back home, she built the Venice Family Clinic into the largest free clinic in the country, helped Cesar Chavez establish a new health system for farm workers and marched alongside Dan Berrigan, Pete Seeger and Martin Sheen.”

Before entering hospice, Davida was cared for at the Sutter Alta Bates Summit Medical Center in Oakland. Among her visitors there was Martin Sheen and his wife, Janet.

In the nearly four decades since the actor/activist was referred to Dr. Coady for shots before an overseas trip, they collaborated on a wide range of protest and solidarity efforts. Sheen ended up serving as honorary chair of Options and vice-president of the San Carlos Foundation that Davida started to help people living in extreme poverty.

For several hours last Friday, Sheen read aloud to Davida from her memoir, “The Greatest Good” (available via this link). The book recounts an adventurous life laced with deep disappointment, lasting accomplishment and enduring friendship. Her friends will not be surprised by the stubborn focus, stunning generosity, incisive judgment and self-deprecating humor on display in its pages.

Born Davida Elizabeth Taylor at Alta Bates Hospital on April 15, 1938, Davida was named for her parents, David Taylor, a coal miner who emigrated from Scotland, and the former Elizabeth Perry, who grew up in San Francisco’s Mission District.

Above is a video interview with Davida about her role in eradicating smallpox, but also about her life, conducted by the Centers for Disease Control and Prevention.

An only child, Davida grew up in a three-room house in Berkeley. The family attended Northbrae Community Church, where the minister quoted John Stuart Mill’s advice to pursue “the greatest good for the greatest number of people.” Davida said those words “stuck with me...and guided my entire adult life.” Services for Davida will be conducted at the Northbrae church on a date to be determined later.

Describing herself as a poor student at Berkeley High School, Davida said she found classes at the College of the Pacific easier than high school. Inspired by two  women physicians who ran a summer diabetes camp where she worked as a counselor, she switched her major from music to pre-med.

In her senior year, Davida took her first trip outside California, a cross-country bus ride to interview at Columbia University’s medical school. She was admitted but initially struggled, repeating her first year. She graduated in 1965 and was celebrated in a 2016 edition of the school’s alumni magazine for her “career devoted to the care of disadvantaged children, refugees, addicts and lifers.”

Davida started out as a pediatrician but said little attention was paid to specialities in third world medicine. “If you’re a doctor,” she wrote, “you’re every kind of doctor.” She attributed her skill as a surgeon to a blue-collar upbringing that included intensive early lessons in sewing.

A med school semester in Africa and subsequent stints in Haiti and Guatemala intensified Davida’s commitment to international health, prompting her to earn a masters degree in public health at Harvard in 1969.

While caring for victims of the Nigerian Civil War, Davida met a Biafran medical student named Patricia Dike. With Nigerian troops closing in, Davida promised Patricia that, if they got out alive, Davida would get her to the U.S. and pay for her training. That’s exactly what happened. Now a pediatrician in Houston, Patricia visited Davida twice in the months before her death.

Following a couple of years in Bangladesh and India, Davida met an Irish Catholic priest named Patrick Coady. After he left the priesthood, they married in a ceremony at Davida’s childhood church. Both she and Patrick were drinking heavily, and the marriage didn’t last.

After her divorce, Davida returned to India and worked with Mother Teresa, who invited Davida to become her medical director -- and a nun. Davida considered both options, but decided her long-term future lay elsewhere.

Davida had come to grips with her drinking while in India and, apart from a notable New Year’s Day relapse recounted in her memoir, was on the road to sobriety.

In the 80s, Davida got involved in efforts to resist repressive regimes in Central America as well as School of the Americas at Fort Benning, Ga., a facility that trained many Latin American military officers accused of human rights abuses. Among her allies was the late Rev. Bill O’Donnell, pastor of St. Joseph the Worker Catholic church in Berkeley. Father O’Donnell’s protest activities got him arrested about 250 times, Davida about 50.

In 1981, Davida encountered a book called, “Where There is No Doctor,” a no-nonsense health guide that anyone could use -- an approach to medicine matching her own. She bought dozens of copies to distribute to aid workers and joined the board of the publisher, known now as Hesperian Health Guides.

In a memoir chapter titled, “The Family I Never Had,” Davida describes the two Guatemalan families she invited into her home in the early 90s. They stayed in touch until shortly before her death.

By the mid 90s, Davida was working as an ER pediatrician at Oakland’s Children’s Hospital. She treated many abused children and noticed “never (seeing) a physically abused child
where alcohol or drugs wasn’t involved.”

That began her transition to addiction treatment, a path she settled on during a meeting with friends on her 56th birthday, April 15, 1994. The next day, she and a friend showed up at the Berkeley courthouse and talked with one of the judges about helping divert people from jail to treatment programs.

Before long, Davida was working as a drug and alcohol counselor for the Berkeley Mental Health office. That was the start of what would become Options Recovery Services.

Options expanded its work to the California prison system in 2006, preparing several hundred inmates over the years to become state-certified addiction treatment counselors.

By the time Thomas P. Gorham showed up at Options, the former trucker had accumulated nearly 300 arrests and 47 stays in the Santa Rita Jail during his 11 years on the streets.

One thing led to another. In June of 2002, Carol Brosnahan, an Alameda County Superior Court judge who had sentenced Tom to multiple jail stays, hosted a different event. Tom’s marriage to Davida, with Father O’Donnell presiding. In the judge’s backyard.

In her memoir, Davida recalled finding Tom at her side after awakening from a chemotherapy treatment and noted: “Jeez, life has gotten so good.”

Concluding the chapter titled, “Why I Did It All,” Davida said she had just finished reading a biography of Aengus Finucane, an Irish priest she worked with in Africa and Asia. She wrote:

Donations in memory of Davida can be made to Options Recovery Services at optionsrecoveryservices.org (1931 Center St., Oakland. Ca. 94704) or the San Carlos Foundation at sancarlosfoundation.org (1612 Virginia St., Berkeley, Ca. 94703) or the Hesperian Foundation at https://store.hesperian.org/ctgy/donations.html (1919 Addison St., Suite 304, Berkeley, CA, 94704).

Details on services (when they have been determined): bit.ly/davidacoadymd.

Wonderful tribute Bill! Much love to you and Carol!