A journalist and teacher, Bill has made stops along the way at the Detroit Free Press, TIME, the San Jose Mercury News, the Poynter Institute for Media Studies, Harvard's Shorenstein Center, Northeastern University and the National Catholic Reporter. From 2013-2015, Bill and his wife, Carol, lived at the Beacon Hill Friends House and wrote about their experiences on A Year in a Room.  From 2105 until mid 2021, they lived across the hall from their daughter and family and posted occasionally to Across The Hall. They currently share a two-family house with their daughter and family in Boston's West Roxbury neighborhood. 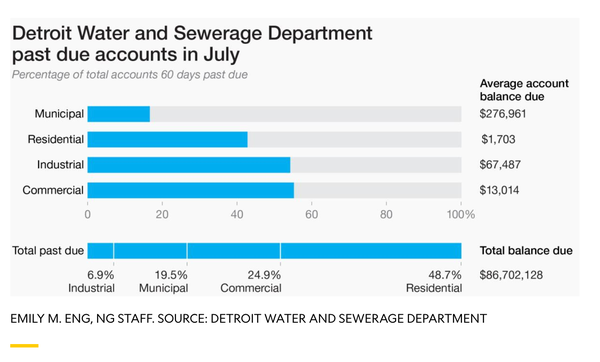 Water in Detroit: Municipal ineptitude and human misery converging with generosity and innovation.

I couldn't imagine what was going on when I first heard about thousands of Detroiters having their water shut off. I no longer live in Detroit, but I worked as a journalist there for more than 15 years and return to the city often. 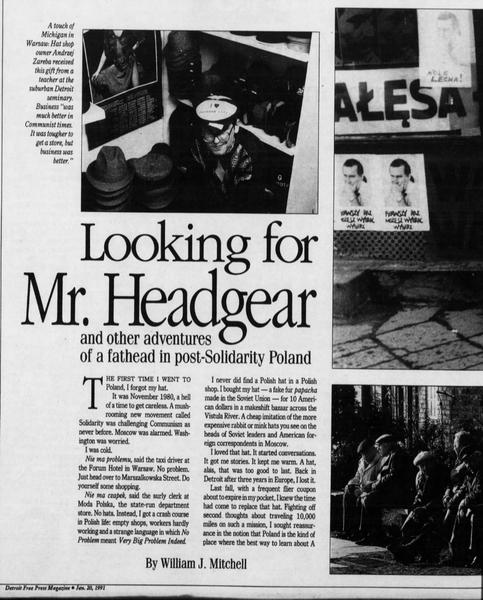 Looking for Mr. Headgear and other adventures of a fathead in post-Solidarity Poland

In which I persuade an editor to let me travel 10,000 miles to replace a hat lost a decade before 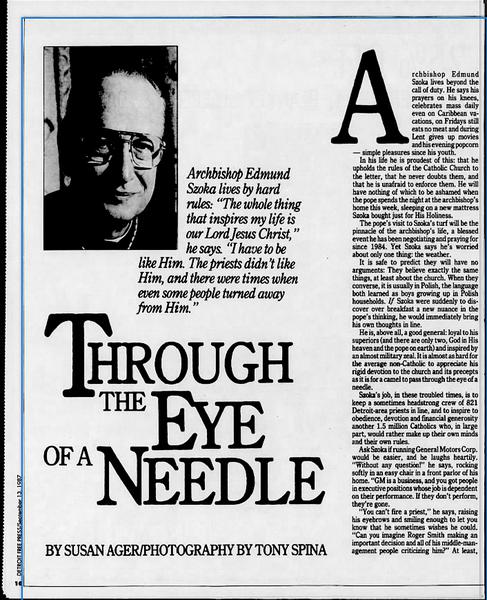 I linked to this Detroit Free Press piece as an example of the sort of rigorous coverage of a church official that's needed in the wake of the clergy abuse crisis. Bishops are accountable only to the pope, a system that encourages their ongoing failure to police their own ranks. 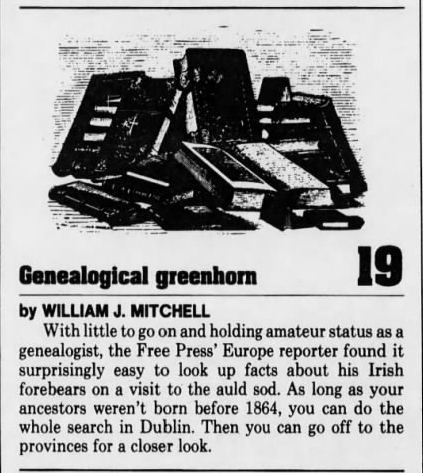 As the editor put it on the contents page: Genealogical Greenhorn at work (click on the story to enlarge) 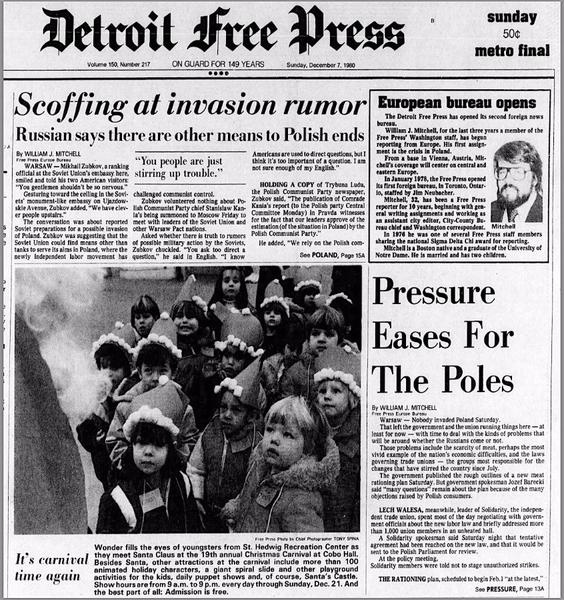 Soviets scoff at invasion rumors: We have other means!

In December 1980, for my first story as the Free Press’ first European correspondent, I knocked on the door of the Soviet embassy in Warsaw and asked if they were going to invade...
Close ✕